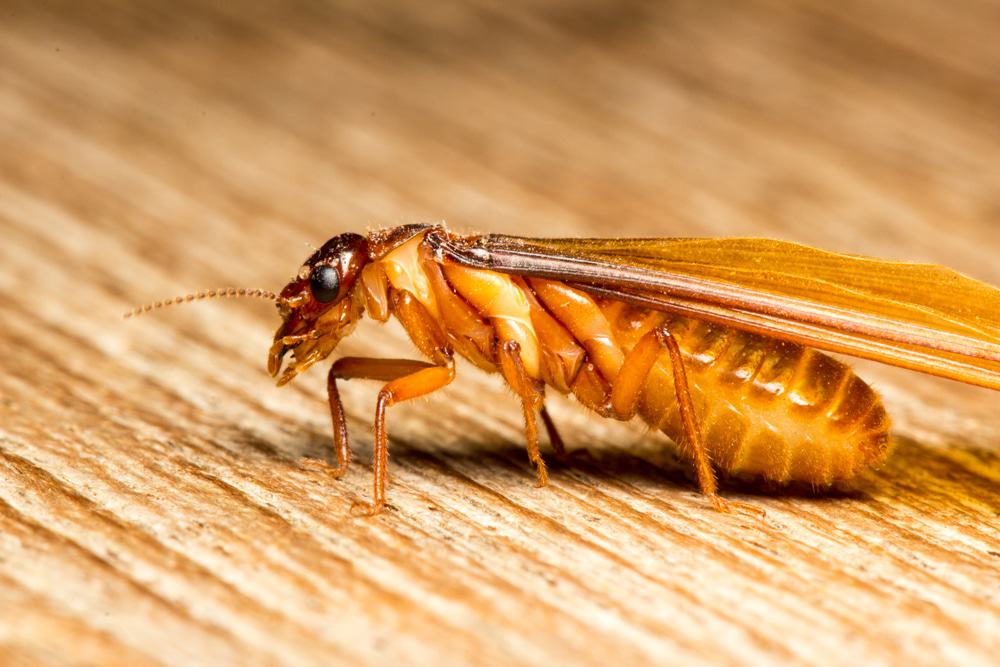 It sounds like every home owner’s worst nightmare: A malevolent wood pest…with wings. Don’t fall into the trap of thinking that flying termites are relatively harmless. The real kicker is that flying termites have the potential to establish a colony of up to a million rampant, chewing, wood-dissolving descendants. That makes them the Trojan horse of the insect world. Ignoring them is as good as opening the gate and rolling out the red carpet for their hungry hordes. Here’s why you should never ignore flying termites…and what you can do to stop them dead in their tracks.

Flying termites aren’t a separate species of termite. They’re the young reproductive termites; the future queens and kings of new colonies. Each termite colony is divided up into classes or castes:

The queen is responsible for the reproductive needs of the colony. The soldiers are tasked with protecting the colony, and the workers with sourcing food to feed the entire colony. So where do flying termites come into the picture? They’re the reproductives. They play a dual role. First, they act as understudies for the queen and king, taking their place if they die, to ensure the survival of the colony. Second, they assist in the creation of new colonies, and in doing so, that’s how they get their wings.

At sexual maturity, these ‘winged alates’ or ‘reproductives’ grow wings and emerge from the colony, take to the skies and form swarms. Flying termites tend to swarm in Spring and Summer when temperatures, rainfall and humidity are climbing. The emergence of flying termites from a colony tends to act like a pressure valve for the colony in times of overcrowding.

Swarming tends to be synchronised and short-lived. Flying termites from multiple colonies will take flight at the same time. The flying termites will then mate. That’s why it’s often described as a ‘nuptial’ or ‘colonising’ flight. Whilst most are picked off by predators like birds, some manage to survive. They fall to the ground, shed their wings and dig underground to form new colonies.

Flying termites vs flying ants – How you can tell the difference

Flying termites are often dismissed as harmless ‘flying ants’. Unfortunately, confusing the two is easy. If you don’t realise you’ve got flying termites in your home, you’re giving them a free kick when it comes to gaining a foothold. Leave them to their own devices for long enough and they’ll cause significant damage to your home long before you even know they’re there.

Termites are often called ‘white ants’ which is a misnomer. They’re not ants at all. In fact, they’re far more closely related to cockroaches. Ants have a body made up of three segments: the head, thorax and abdomen. By contrast, flying termites have only two segments. Flying termites also differ from ants in that they have two pairs of wings of a similar size, unlike ants who have different-sized pairs of wings. Termites also have straight antennae that are ‘beaded’ in appearance as opposed to articulated antennae.

Flying termites outside your home – Should you hit the panic button straight away?

It’s not unusual to see flying termites swarming around streetlights as it starts to heat up. Termite swarms don’t tend to travel far unless they’re pushed along by strong winds. The presence of swarming termites outside your home means there’s a termite colony nearby. They’re looking to expand into new territory.

Preventative measures you should be considering NOW

Flying termites outside your home is a good indicator of an established colony within a few hundred metres of your home. It’s a good reminder to take preventative steps to ensure they won’t end up in your home. That includes ensuring your termite treatments are both effective and up-to-date, and termite barriers are in place and intact. Even if you’ve got barriers in place, these can be breached by tree roots and excavation works, or break down over time. The older they are, the more susceptible to being breached by worker termites in their endless quest for wood.

There’s a strong correlation between leaking pipes and termites too. That’s because the worker termites have much thinner skins than their flying counterparts. They dry out easily. Subterranean termites rely on a hermetically sealed, warm and humid colony. They travel via a series of sealed mud tunnels or galleries to and from their food sources…the wood in your home. The colony derives most of its moisture from the soil. A leaking pipe makes the area around your home far more susceptible to termite attack.   It also means checking for any sources of moisture such as leaking or dripping pipes and drainage systems around your home and ensuring repairs are carried out swiftly.

Clear out your gutters regularly. It also helps to ensure your roof and sub-floor spaces are well-ventilated. Regular property maintenance is a must if you want to keep termites at bay.

Finally, rotting wood and other vegetation close to your home can be attractive to termites. It provides termites with a ready source of food and protection from predators.

Flying termites inside your home

Swarming termites are attracted to light, meaning that they’ll make their way inside to orbit your light fittings if you give them a chance. However, if your home is fully screened with flywire then they’ll have found another way in. Unfortunately, it’s likely that they may already be in your structural timberwork. The flying termites will be attempting to emerge from their colony to swarm via the complex network of tunnels and mud galleries providing them with a highway into your home. If you see flying termites emerging from wooden building materials such as architraves, wooden furniture in your home or via cracks in your plaster, you’ve got a serious problem. It’s a sign your home’s under attack from an established colony at capacity, with sexually mature winged alates looking to create new colonies.

You can’t just treat the symptoms. Spraying the flying termites in your home with fly spray is ineffective because it doesn’t in any way affect the colony. You need to consider an effective termite treatment that will zero in on the root of the problem: The colony itself. There are a wide range of options on the market including termiticides and termite traps. Choosing which is the better option for your property is easier with expert advice from a friendly professional.

Flying termites? Check! Where to go from here

If you think that you’ve got flying termites in your home, you need to first confirm that they are fact termites and not something else. Second, you need to determine whether they’re a destructive species.

Most of the termite-related damage to homes and other structures in Australia is caused by subterranean termites. Subterranean termites are a particularly voracious wood pest. There’s over 300 species of termites in Australia. Almost a third of those haven’t yet been fully identified. It’s easy to make a mistake. That’s why you should seek an expert opinion as to which termite species you have present. You can do this by taking photos or collecting a few of them in a jar or plastic bag to aid in the identification process. An experienced pest controller can quickly identify whether it’s a termite and pinpoint the species.

Once you’ve identified the species, you should find out what options are open to you to effectively treat the problem. And that’s where we come in. 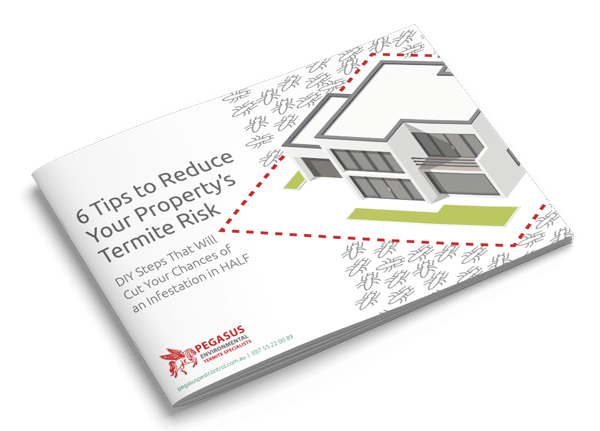 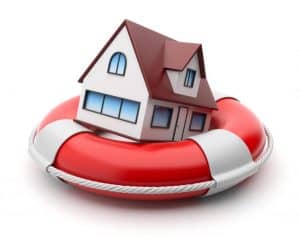 Termite breeding season is well and truly among us here on the Gold Coast, and with recent rain followed by high humidity, the conditions are 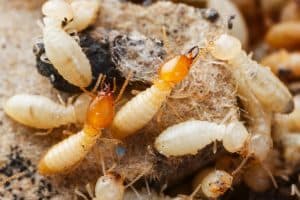 How Long Does a Termite Treatment Last?

If you own your own home or an investment property, you’re already on your guard against termites. Aside from natural disasters, subterranean termites (also known 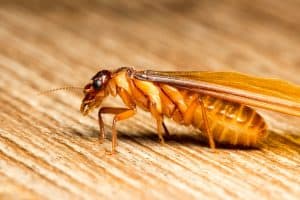 It sounds like every home owner’s worst nightmare: A malevolent wood pest…with wings. Don’t fall into the trap of thinking that flying termites are relatively 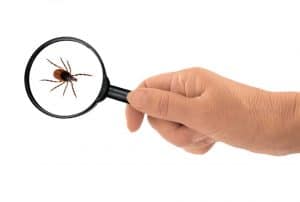 What Does a Pest Inspection Include?

If you’re selling or buying a home you’ll need a pre-purchase pest inspection. If you’re worried that you currently have a pest infestation in your 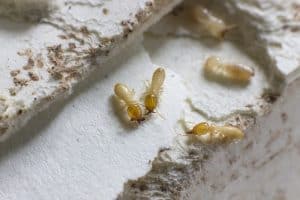 Dr Google’s got a lot to answer for. It’s easy to believe all the information you need to tell different types of termites apart is

Learn about ways to reduce your termite risk through our free ebook, a call with one of our termite & pest technicians or by booking a visit today

Have you spotted traces of a pest but aren’t sure whether it’s an ant or a termite? Phone us for an obligation-free info call, price estimate and we’ll help you solve the problem
Call Us

It’s time to take action! Book both a termite and pest inspection to receive a hefty discount on your bill. Finally, have that peace of mind you’ve been dreaming about.
Book Now

Enter your details for your Discount on Inspections